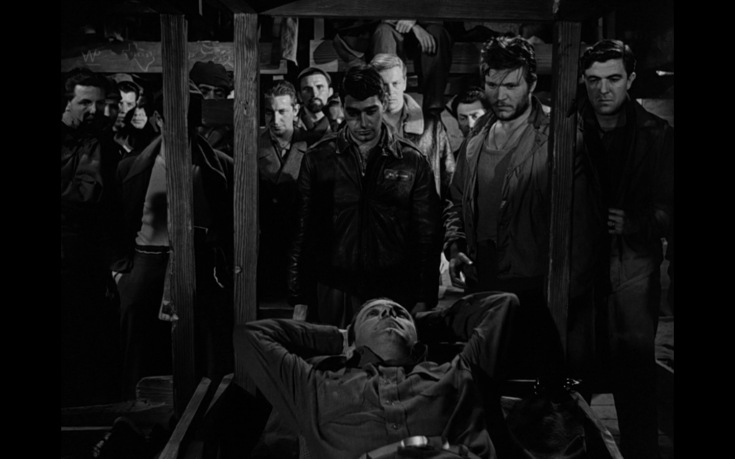 During his long and storied career, Wilder had an amazing knack for making films that were not only considered film classics but also model examples of their genre. Wilder defined the film noir genre with Double Indemnity. No one tackled the subject of Hollywood the way he did when he made Sunset Boulevard. With Stalag 17, a film which was released in 1953, he directed what many consider to be the greatest Prisoner of War film ever made.

Fans of Bridge on the River Kwai and The Great Escape might have something to say about this, but it is arguably right up there at the top of the list. It is on ours! The film was adapted from the Broadway play by Donald Bevan and Edmund Trzcinski who based the play on their experiences as prisoners in Stalag 17B in Austria.

The film was adapted from the Broadway play by Donald Bevan and Edmund Trzcinski who based the play on their experiences as prisoners in Stalag 17B in Austria. Trzcinski appears in the film as a prisoner. Pay attention to the scene where the soldier is reading mail from his wife back home. This sets the comedic tone for the film and it is pretty funny!

The film is set in 1944 and focuses on a POW camp where captured American sergeants reside alongside Polish, Czech and Russian captives. It is narrated by one of the soldiers reminiscing on their time in the camp. With a tight plot, sharp dialogue, superb direction, great characters, excellent performances all around and a unique blend of cynicism, comedy, suspense and drama, it is no surprise that Stalag 17 is one of the finest films of all time.