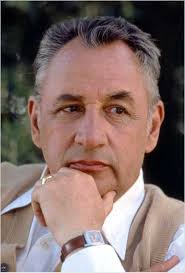 Philippe Noiret is one of my favourite actors. Let me put it this way, when he passed away, I felt like I lost a close friend or even an uncle. In a way I did because I had been watching M. Noiret for so many years, since I was a child in the 70’s and 80’s. Looking for my fill of Foreign Cinema, if a particular film was not on my favourite channels, I made sure that my family rented a lot of them, French, Spanish, Danish, Finnish, Swedish, Swiss, Japanese, Italian, and of course M. Noiret’s films alongside a long list of actors, actresses and filmmakers I wanted to discover.

M. Noiret’s career spanned more half a century. Much-loved and considered one of the most prolific actors of his generation, he had such amazing versatility that he could play a wide variety of roles. He was probably best known to international audiences for his films Cinema Paradiso and Il Postino, both of which received world-wide acclaim. I first knew him from Zazie Dans le Metro, Ripoux Contre Ripoux, My Friends, L’Horloger de Saint-Paul, Une femme à sa Fenêtre (with Romy Schneider), Dear Inspector or Tendre Poulet, Deux Bonnes Pates, L’ami de Vincent, La Grande Bouffe, Jupiter’s Thigh, The Old Maid and Alexandre le Bienheureux (Happy Alexander) among others. I could make a longer list, but that’s for another time 😉 You can see that he was a very familiar face in European cinema and if you look hard enough, a few Hollywood films as well. I found a naturalness in his portrayals that made him stand out to me. This charisma and panache was not lost on the numerous directors and filmmakers he worked with. When he passed away, Prime Minister Dominique de Villepin described Noiret as having “captured and expressed something of the French soul.” If you want to know more, look for his films on You Tube or rent them at your local video store, I’ll do the same 🙂 I hope you enjoy them!