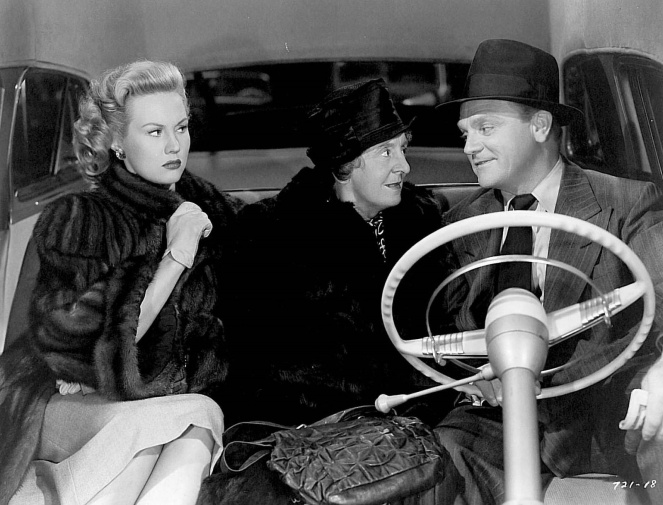 You know the saying, they sure don’t make them like this anymore …. they could well have been referring to White Heat, the king of gangster films, and the last to come from Warner Brothers. What a film!! White Heat was made in 1949, nearly 70 years ago, and I can honestly say that as crime capers go, every other gangster film I’ve seen to date pales in comparison. I’m a fan of Quentin Tarantino films, but this film only proves that there’s no need for the graphic scenes to make a great film.

The brilliant actors make you forget they’re acting. Can you believe that this is the same actor who danced in Yankee Doodle Dandy! There will never be another like him. James Cagney lights up the screen in what may well be the greatest performance of his career as Cody Jarrett. Coupled together with the perfect script, he’s a crazed monster with a mother fixation. There’s not a dull moment in this film, all thanks to a tight script, superlative performances from the whole cast and brilliant direction by Raoul Walsh. We’re in for a bumpy ride! 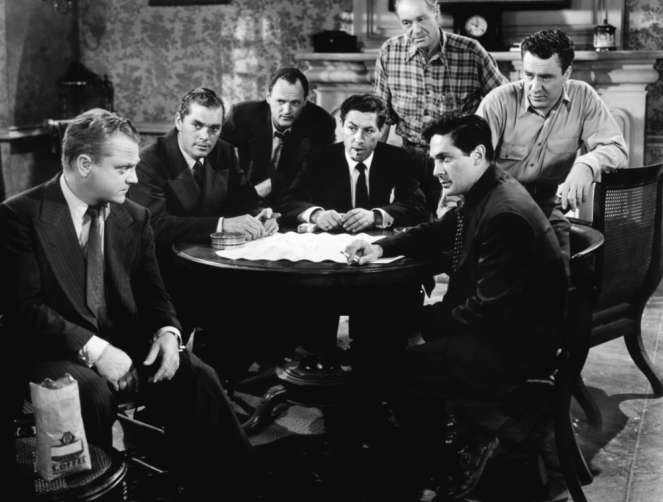 James Cagney played this role as only he could at that time. Cagney was still at the top of his game despite having done his share of gangster films for twenty years. Imagine that The Public Enemy was made 18 years before this film.

This is one of the greatest scripts of all time! His close relationship with his mother is pretty creepy. Watch for the scenes with his “Ma”, who else can perform those scenes and still look like a tough guy. Brilliant!! Ma Jarrett was superbly played by English stage and film actress Margaret Wycherly. Wycherly who is best remembered for this role of Ma Jarrett was nominated for a previous role in Sergeant York, the role of a God-fearing woman, the complete polar opposite of Ma Jarrett. Jarrett and his mom are the mother and son version of Bonnie and Clyde. Ma Jarrett’s was indeed based on the infamous Ma Barker. 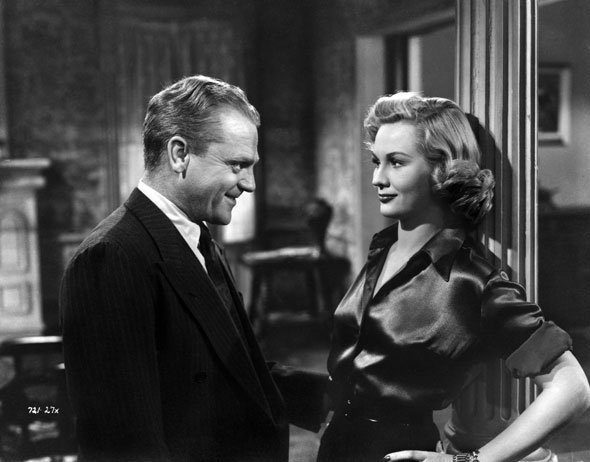 The tough guys and the molls in this film were spot on. Virginia Mayo got rave reviews for her performance as Jarrett’s two-timing wife. She was quite adept at doing both comedies and dramas through her career and was definitely an underrated actress. Edmond O’Brien played Jarrett’s cop/friend and Steve Cochran was another lowlife at Virginia Mayo’s side. Edmond O’Brien played his role brilliantly, in his role we see the hero, the good guy who can stand toe to toe against Jarrett.

Don’t be fooled by the dated scenes and equipment, this is better than any of the special effects you see on the screens today! I should add that Cagney told the director Walsh to keep the cameras rolling at the end of the film because he was going to throw himself headlong into that climax. What we are looking at is nothing less than a masterpiece. Think of any gangster film you’ve seen to date and it’s guaranteed they borrowed something from White Heat.

Director Raoul Walsh had a long and distinguished career but was clearly underrated as a film director. He started out as an actor, and went on to direct actors like Kirk Douglas, Humphrey Bogart, Clark Gable Errol Flynn, Rock Hudson, Gregory Peck, James Cagney, Douglas Fairbanks, Gary Cooper and Robert Mitchum among others. He has directed westerns, silent films, films noirs, comedies, dramas. This is his best film! 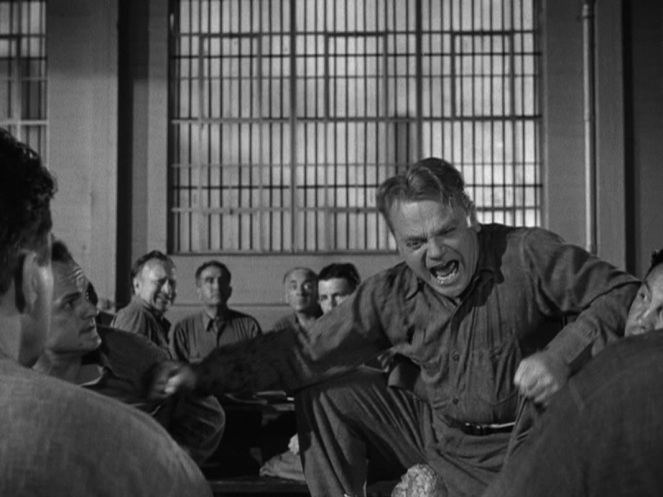 Ivan Goff and Ben Roberts worked together with screenwriter Virginia Kellogg to write this script Goff and Roberts who usually collaborated together also wrote Serenade, Man of a Thousand Faces and the original Charlie’s Angels, yes, the tv show from the 70’s!! Kellogg also wrote screenplays for such films as Caged starring Eleanor Parker and Agnes Moorehead. The amazing film score was composed by Max Steiner who did the score for Gone with the Wind.

White Heat is breathtaking and mesmerizing, director Raoul Walsh is always in step with Jarrett’s maniacal mind and so will we …. Don’t miss it next time it’s on tv.